Either button will bring up on overlay box that will allow you to fill out the corresponding fields and settings for your new Canned Response. 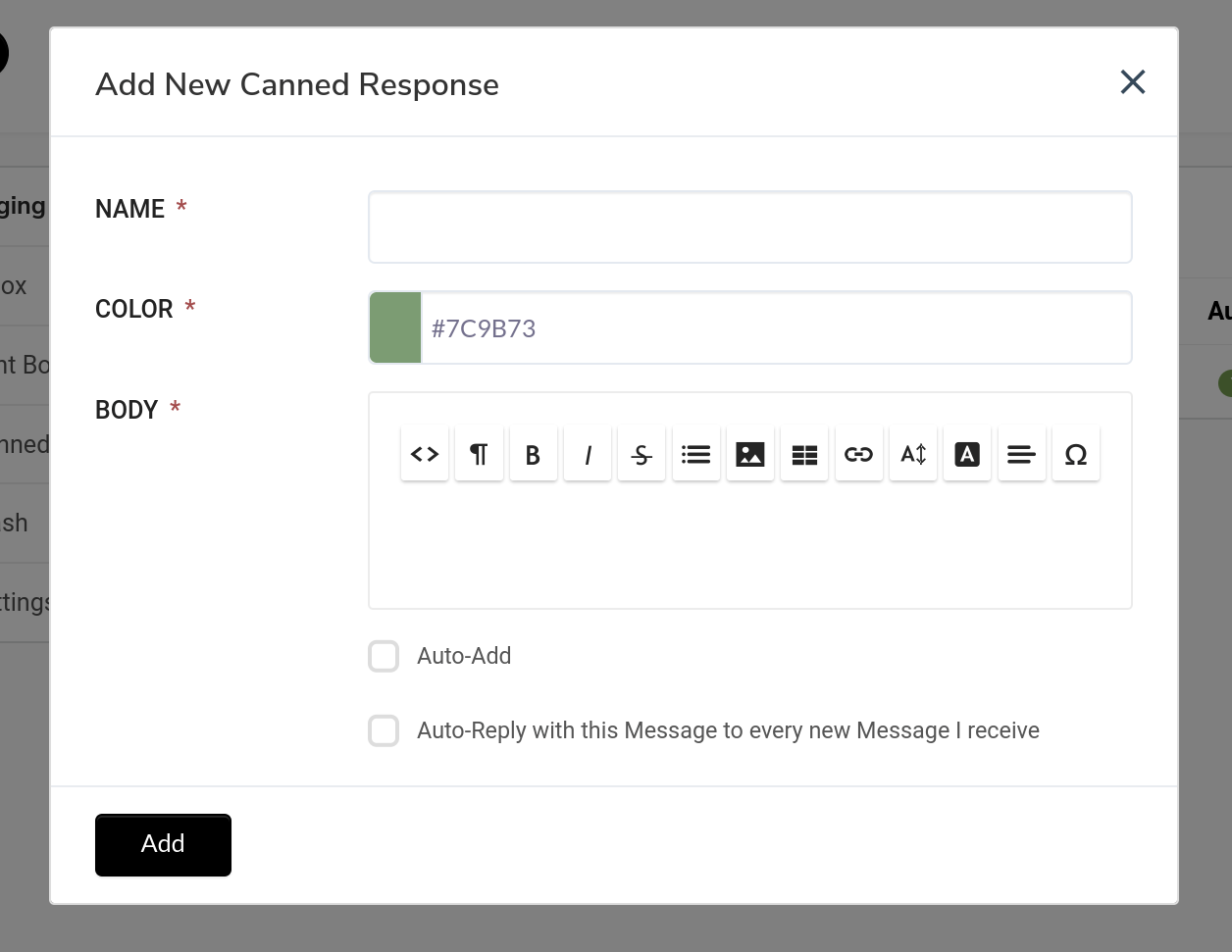 This is the actual content of the Canned Response. It came be simple text, or you can include HTML formatting and/or images, using the visual content editor.

When the fields are filled out to your liking, just click “Save” to save the new Canned Response. The Canned Response will then be available to use when creating a new message, appearing as a color-coded button near the bottom of the New Message page.

The setting labeled "Auto-Reply with this Message to every new Message I receive" will use this Canned Response as an automatic reply to every 'first of thread' message you receive.

Did this answer your question? Thanks for the feedback There was a problem submitting your feedback. Please try again later.